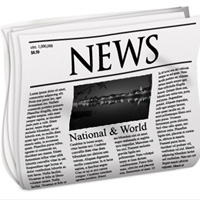 Since December 2005, Ukraine and the EU has a Memorandum of understanding on cooperation in the energy field, which includes road maps for gas sector reforms, electricity, coal industry, nuclear power, renewable energy and energy efficiency as well as financing reforms, and as a result of bilateral negotiations and consultations, that also includes Ukrainian stakeholders, was agreed on the text of a new Memorandum that was signed on November 24th, 2016 during the EU-Ukraine Summit.

A high-level Conference took place in Brussels on December 19th, 2016, that aimed to gather Ukrainian energy business representatives and representatives from the West, and discuss opportunities for development of Ukrainian energy sector. The conference was organized with an aim to support implementation of the Memorandum and practical steps of integration energy markets of Ukraine and the EU.

The Conference started with an opening speech of the Vice-President of the European Commission for the Energy Union Maros Sefcovic, and Ukrainian First Vice Prime Minister Stepan Kubiv that headed Ukrainian delegation instead of Volodymyr Groisman. According to Maros Sefcovic speech in 2016 Ukraine have done in the energy sector more significant job than for the prevoius twenty years, and implementation of the reforms is much more active, than even in some countries of the EU. All attention was focused on the three priority directions of energy cooperation in 2017: gas, electricity and energy efficiency.

It is expected that gas reform, unbundling of “Naftogaz” and “Ukrtransgaz” will be completed.

The reform of the electricity market is also expected to be implemented in the nearest future.

Importance of the work on a new draft law on energy efficiency was also mentioned and creating of the Energy Efficiency Fund (European Commission is ready to provide a financial support in 100 mln. Euro). Improving of  the energy efficiency of Ukraine won’t only allow to save energy, but this is also an opportunity for new job placements and improving Ukrainian business climate.

First Vice Prime Minister Stepan Kubiv assured that Ukraine has enough gas for this winter. Chairman of the “Naftogaz” Board, Andrew Kobolyev, who participated in the second part of the conference, mentioned that in Stockholm his company “Gazprom” is trying to persuade “Gasprom” to operate within the rules of the Third Energy Package. According to his speech the company is planning to continue the work on the gas reform  towards the development of the networking codes in April next year.

The Deputy Minister of Energy and Coal Industry of Ukraine Galyna Karp also took part in the conference and said that at the beginning of 2017 ministries team is planning to finish work on the Energy Strategy of Ukraine. Representtives of the European Commission informed that the Commission has already prepared a draft proposal for Ukraine on priorities for the next year and hope for a quick reform’s implementation.

Head of DTEK, Maxim Timchenko, who also took part in the conference as a representative from the business side, noted that if to continue acive reforms implementation and organise transparent business conditions in Ukraine, in 5 years it will be possible to stop discussing  gas import issue and have enough of our own gas. As for the Ukrainian electric grid synchronization with European, though technically the research is still ongoing, in terms of investors this project is for 5 years ( 300 mln. Euros) and can become a serious sign for European companies. Head of DTEK addressed to everyone and propose to concentrate on such priorities like adoption of the Law on Electricity Market and to encourage tariffs in 2017.

Valentyna Beliakova, EUEA’s Director, moderated last panel on business cases and investment potential. She also made a presentation on the already achieved reforms in Ukraine, further important steps in the energy sector in 2017 and what is necessary for attracting investors in Ukraine and create an attractive business climate. Hans Ryan (DG Energy), who has 4 years experience of work in Ukraine and actually worked on a Memorandum, explained main priorities in accordance with a Memorandum, among which is energy efficiency. All participants of the panel discussion were asked a question about further steps in energy efficiency sector in 2017. Yang Haytsman (EFET member of the Board, Chairman of the Legal Committee) emphasized on a great potential of trading market in Ukraine. Other members of the panel discussion spoke about the reforms and investment opportunities in their sectors (Ukrenergo, State Enterprise Energorynok, UHE, Energoatom).

All participants of the conference had a unique networking opportunity and possibility to discuss future plans of cooperation.

Such high-level Conferences with a participation of the main representatives of the Ukrainian market and European partners promote confidence level to the country and improve business climate.

by EUEA
Previous
8 International Agreements That Will Positively Change the Economy of Ukraine
Next
Adam Smith Ukrainian Energy Forum, 25 – 28 February 2013