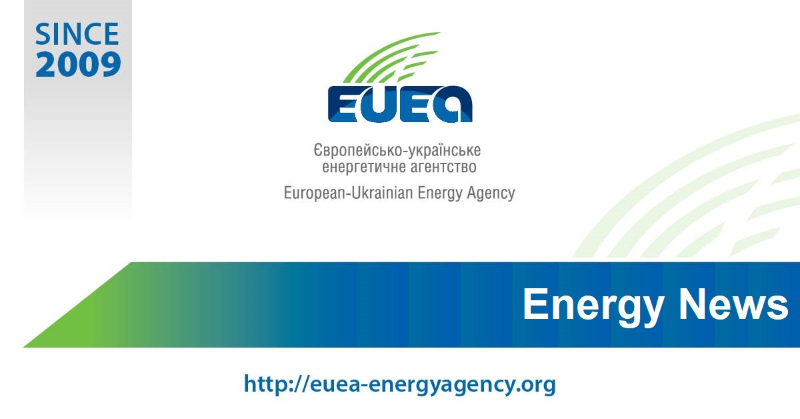 On December 27, the President signed amendments to the Law about NEURC, according to which, in particular, the State Regulator reports to the Cabinet of Ministers of Ukraine, which fulfilled the requirement of the Constitutional Court Decision, which declared the Regulator’s independence unconstitutional. Thus, the NEURC continues to operate under the Basic Law of Ukraine.

According to the State Energy Efficiency Agency, the total capacity of all completed RES projects as of 1 January 2020 is 6 779 MW, of which 4,505 were put into operation just in 2019. As of the beginning of the year, the total capacity of existing power plants under the system of “green” tariff, producing electricity from the sun is 4925 MW, from the wind – 1170 MW, 114 MW small hydropower and 170 MW bio-energy, statistics of households is under clarification, about 400.

Due to the forecasted deficit of the SE Guaranteed Buyer in 2020, at the end of November 2019, the Ministry of Energy presented the concept of changes to the legislation governing the existing system of support for renewable energy sources, but so far no draft law has been registered by the Ministry of Energy.

Later, on December 6, a group of Parliament members registered Draft Law # 2543, which was supported by a majority of market participants with some comments. The Draft Law provided a certain reduction of the forecasted deficit of the Guaranteed Buyer, but on December 13, the Draft Law was rejected by the Verkhovna Rada Committee on Energy and Housing. On December 24, an alternative to the rejected Draft 2543-1 was registered at the Verkhovna Rada website, which has not been considered yet. Comparative table of the concept of the Ministry of Energy and the draft laws is available.

One of the main sources of financing of SE “Guaranteed Buyer” is the TSO – PJSC NPC Ukrenergo at the expense of tariffs for electricity transmission services. In December, the State Regulator approved the new tariffs for Ukrenergo for 2020 for the transmission of electricity at the level of 155.40 UAH / MWh excluding VAT. This tariff is expected to receive UAH 22.7 billion for the transmission of electricity of 145 961 900 MWh in 2020. Under this budget, UAH 10.2 billion will be allocated to fulfill special obligations to renewable electricity producers, which is insufficient, given the volume of commissioned facilities.

The first auctions for RES are scheduled for spring. The Procedure of the RES auction was approved by the Cabinet of Ministers on December 27, but unfortunately its text has not been published yet, as well as quotas have not yet been announced. However, the NEURC has already adopted a Model PPA between the Guaranteed Buyer and an entity that has been eligible for support following the auction.

The Parliament has begun work on the development of legislation on the development of electricity storage systems. In particular, the draft laws at the end of 2019 were registered #2496 of 26.11.2019, initiated by the People’s Deputy – Yefimov Maxim, and #2582, dated 12.12.2019, initiated by the People’s Deputy – Kamelchuk, Yuri. The first draft law aims to regulate new relations in the electricity market and to help solve the problems that are relevant to the energy system of Ukraine; whereas the second draft law introduces the concepts of “energy storage system” and “energy storage system operator” by introducing amendments to the Law “On the Electricity Market” and consolidating the system operator PSO for the development of such systems.

UAH 1.6 bln is planned to be spent on energy efficiency in Ukraine’s residential sector in 2020. The State Energy Efficiency Fund is stepping up the process of cooperation with co-owners’ associations of apartment buildings for energy efficiency measures in the residential sector. 10,000 pilot projects in 10 cities of Ukraine are planned to be implemented in 2020. Responsible Ministry of Community and Territorial Development.

Summary was prepared by EUEA team.

A letter from Dirk Buschle, the Chairman of Energy Community Secretariat Dispute Resolution and Negotiation Centre to the NEURC

EUEA together with leading RES associations appealed to the NEURC

by EUEA
Previous
Energy news on 28.01.20
Next
EUEA applied to Energy Community for the support for the negotiations with the Ukrainian Government